Electric vehicle curbside charging is coming to Seattle neighborhoods. Here’s why it matters

Electric vehicle curbside charging is coming to Seattle neighborhoods. Here’s why it matters 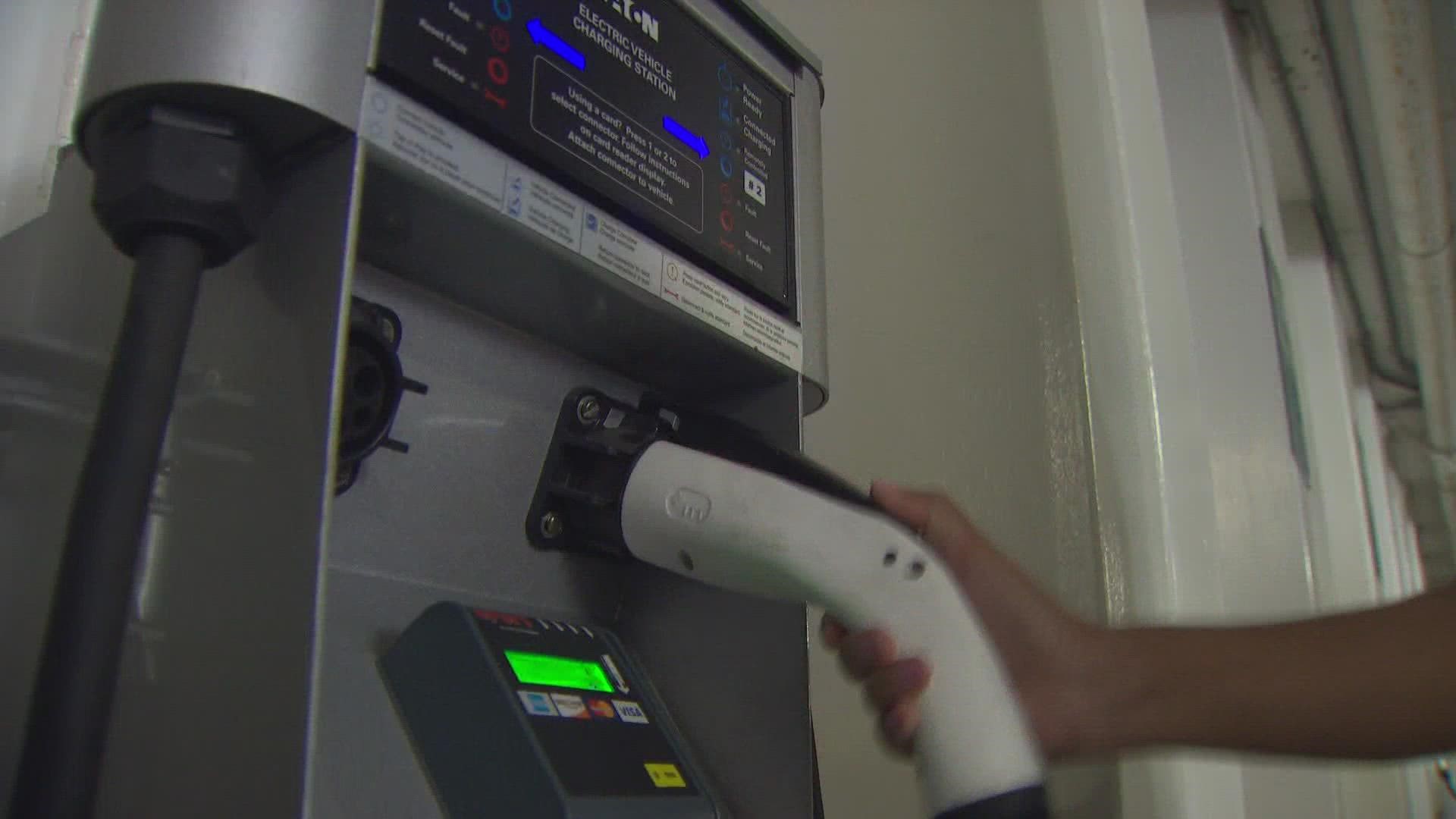 Research from the US Department of Energy shows up to 90% of charging happens at home. But some homes don’t have driveways or garages in Seattle’s Central District or Queen Anne neighborhoods.

The new pilot program is part of the city’s goal to reduce transportation emissions 83% by 2030 and has been a year in the making.

A similar program by National Grid in Melrose Massachusetts helped the team in Seattle lay down the technical framework.

“If we can pull the appropriate power to the location and if there’s any bike lanes or transit lanes already planned, we don’t want to interfere with that,” said Angela Song, team member with Seattle City Light.

So how does it work?

Homeowners and landlords who either own an electric vehicle or plan to own one in the next 12 months can submit a request for one of 30 curbside charging stations. The city plans to install the level two stations early next year.

Submissions have been open since June 1. The city said they have received more than 300 requests.

“It’s going to be tight,” said Orenberg who adds selection will be based on community needs. “Is it near condos and apartments? Is it near public amenities like a park or school? Is it near shopping and restaurants?”

While installation won’t cost the public anything, the charging fee will be .20 cents per kilowatt equal to about $1.80 a gallon of gas for a similar type vehicle.

“Yes these spaces will be restricted for EVs only but those EVs that are parking there would have parked somewhere else,” said Orenberg who is hopeful the program will be enough for someone thinking about buying an EV to do so.

The pilot is accepting requests through the end of August.